Sussex Police has launched a named PCSO for every community within the force area. 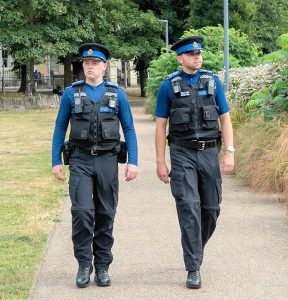 The enhanced way of working will give every PCSO responsibility for a defined geographic area and every community in Sussex will have at least one named PCSO.

The new posts are being recruited throughout the financial year.

Another 72 PCSOs will be trained over two intakes in January and March 2020 under the PCSO apprenticeship scheme.

This investment has been possible due to the precept increase proposed by police and crime commissioner Katy Bourne, to include an extra 100 PCSOs by March 2020.

The investment has given ‘Sussex Police a genuine opportunity to rethink its plans to enhance local policing.

The force says the precept uplift signals an exciting step change and means that communities will start to see and feel a difference as these roles are deployed to strengthen local policing.

Assistant chief constable Julia Chapman said: “The bolstering of PCSO numbers will help police working with local communities and will help bring a greater understanding of local issues, an increase in intelligence and an early resolution of anti-social behaviour and local disputes before they can escalate into more serious crime.”

By inputting your postcode in

www.police.uk you will be able to find out who your named PCSO is for the area where you live.

Some areas may have more than one PCSO.