The Sussex branch of Campaign for the Protection of rural England (CPRE) has said the airport’s recently revealed 15-year masterplan would ‘create a significant increase’ in the number of flights in and out of Gatwick and ‘make a mockery’ of the efforts of local councils to reduce carbon emissions.

But the airport’s owner says it recognises the importance of tackling climate change and will ensure future growth is ‘sustainable’. 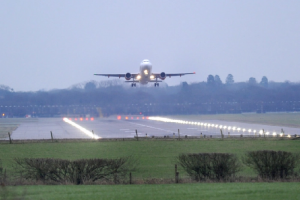 Work made by Sussex councils on declaring a ‘climate emergency’ would be wiped out by the planned expansion of Gatwick Airport.

That’s the warning being made by the countryside charity CPRE Sussex.

The group says that nearly all Sussex councils have now pledged to cut carbon emissions in response to ‘evidence of a growing environmental crisis.’

But it says that Gatwick Airport’s ‘masterplan proposals to expand the airport over the next 15 years “would make a mockery of local councils trying to tackle the climate issue.”

CPRE Sussex spokesman Dr Roger Smith said: “Given the reality now generally accepted, that climate change is an existential threat, Gatwick Airport’s proposal to bring its standby runway ‘into full-time routine use’ would seem to be entirely inappropriate and untenable.

“If these proposals are permitted there would be a significant increase in the movement of aircraft flying in and out of Gatwick, and in the number of passengers travelling to and from the airport.

“The consequent increase in harmful emissions would wipe out all the good work being done by local councils trying to cut carbon emissions and make a mockery of their efforts.”

However, a Gatwick spokesperson said: “Gatwick recognises the importance of faster global and local action from all sectors to tackle climate change and will ensure any future growth is delivered in a sustainable way and in line with Government policy.

“We will carry out a number of detailed studies to assess the impacts and benefits of our standby runway plan on our local region and will be consulting on the plans next year.”

CPRE Sussex has also criticised Gatwick for holding its masterplan consultation road shows in areas least likely to be affected by noise and pollution.

That view is also being backed by the campaign group CAGNE which has hit out at the consultation as a ‘sham.’ 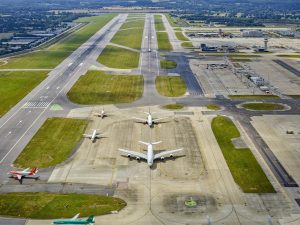 Chairman Sally Pavey said: “Only two thirds of the 5,000 respondents to the Gatwick Airport masterplan consultation agreed with using the emergency runway as a second runway.

This is a surprisingly low Gatwick specifically held the consultation events in areas away from those overflown and at the airport itself.”

She added: “The south east is one of the most congested and densely populated areas in Europe, with schools, hospitals, roads, rail, social services and housing barely able to cope with present numbers.

The dramatic increase in employment levels, which would be the result of a ‘second runway by the backdoor’, would exacerbate the situation to intolerable levels.

“There are many regions of the UK that could benefit from the economic stimulus that airport expansion could bring – but neither Sussex nor Surrey are one of them.’

Meanwhile, Gatwick’s owners – VINCI Airports and Global Infrastructure Partners – have this week announced a five-year £1.11 billion investment plan with an emphasis on the use of more automation and technology.

A spokesman said: “Gatwick now serves 46 million passengers a year and the airport is committed to exploring how to continue growing sustainably, providing jobs and boosting the local economy.”

Keep up to date with the latest news visit –