Special Report – the Airports Commission announced last week that it was unanimously in favour of expanding Heathrow, but still left the door open for Gatwick to get a new runway. Tim Harris looks at what this means for the airport’s future plans. 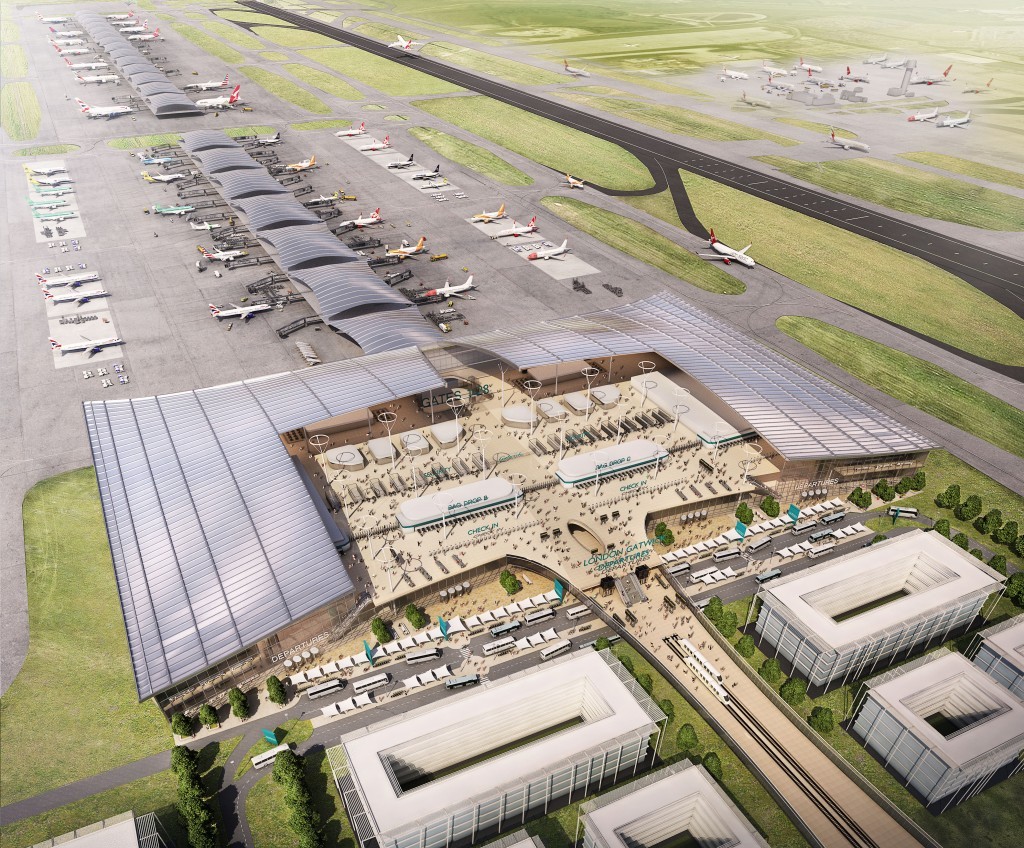 An image showing Gatwick with its proposed second runway

For once, those for and against a new runway at Gatwick might be able to agree on something – the battle is not over.

At first glance, the Airports Commission report leaves little room for manoeuvre. saying that a new Heathrow runway ‘presents the strongest case and offers the greatest strategic and economic benefits – providing around 40 new destinations from the airport and more than 70,000 new jobs by 2050′.

Heathrow, it says, is already the UK’s main air freight hub, and can provide a better long haul destination’ essential if, as the commission expects, the world economy continues its
‘eastward shift’.

It adds: “The Gatwick scheme is feasible, but the additional capacity would be more focused on short-haul intra-European routes and the economic benefits considerably smaller.”

Yet, within minutes of the report being published, Gatwick CEO Stewart Wingate announced that he still had confidence that his airport would ultimately win out.

“Gatwick is still very much in the race,” he said. ‘The commission’s report makes clear that expansion at Gatwick is deliverable.

“It is for the commission to make a recommendation but it is of course for the Government to decide. So we now enter the most important stage of the process.

‘We are confident that when the Government makes that decision they will choose Gatwick as the only deliverable option.”

Though the report was good news for Gatwick Area Conservation Campaign (GACC), a statement from the group said they were relieved but not rejoicing. Partly, they said, because of what Heathrow’s neighbours might have to endure, but partly because the final decision had not yet been made.

“GACC, and all the protest groups around Gatwick, will be studying the report carefully and will remain on guard in case there is pressure to reverse the recommendation,” it said.

So why, after thc commission showed a clear preference for Heathrow, is there any uncertainty?

The Government, which will make the final decision, has good reason not to choose Heathrow, with a number of top Tories – including Prime Minister David Cameron – having previously pledged to veto any Heathrow expansion.

Mayor of London Boris Johnson and his potential successor Zac Goldsmith, Chief Secretary to the Treasury Greg Hands, and cabinet members Justine Greening. Phillip Hammond, Theresa May, and Theresa Villiers, all have constituency seats close enough to be directly affected by Heathrow.

On the other hand, the Board of Airline Representatives in the UK (BAR UK) says the Heathrow plan has ‘widespread support’ from international airlines serving the UK. BAR UK chief executive Dale Keller said: “The Government now needs to evaluate the independent findings of the Airports Commission and to expediently act upon their recommendations.

“Now is the time for everyone, including politicians of all parties, to pull together in the national interest and support the bold plans to expand and improve airport infrastructure at Heathrow in order to maintain the UK’s position as Europe’s most important aviation hub.”

Crawley Borough Council said its priority was to make sure the town did not suffer as a result of the decision.

‘The council is calling on the Government to both make a prompt decision! and take steps to ensure any expansion at Heathrow does not result in a decline for other UK airport towns,”it said.

CAGNE (Communities against Gatwick Noise and Emissions) chair Sally Pavey, said: “Gatwick expansion was a non-starter from the word go. *The evidence clearly shows a second runway would be noisier for tens of thousands of local residents. Dirtier due to increased pollution and emission.

“Unforgiving on our local services and infrastructure. And would devastate the local environment, tranquil areas we have a duty to protect and cost the taxpayers of Sussex billions as Gatwick brings the least into the UK economy:”