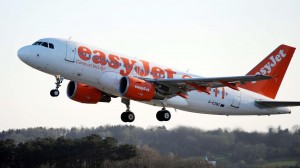 Gatwick Airport’s biggest airline, easyJet, has potentially dealt a blow to its chances of getting a second runway after announcing it is supporting expansion at Heathrow instead, The budget airline’s chief executive has written to the Airports Commission as part of the public consultation into whether expansion should take place at Gatwick or at Heathrow.

The airline has four bases in the UK. with its biggest being at Gatwick Airport.

In the submission Carolyn McCall, easyJet’s chief executive officer, said: “Heathrow is in the best interests of passengers as it has the greatest demand.

“It is clear that long haul airlines want to expand at Heathrow and, if they can’t, they will do so not at Gatwick but at other airports such as Paris, Amsterdam and Frankfurt.

“Heathrow does not currently have low cost, short-haul airlines but an expanded Heathrow would allow airlines like easyJet to operate there – providing more competition, which will mean new routes, more services and lower fares.”

She added: “This would inevitably lead to higher fares for Gatwick’s passengers, the vast majority of whom are flying for leisure.

“Gatwick is a much-improved airport under its new owners and management team and easyJet is committed to continuing to grow our operations there.

“However, there is no evidence that passenger demand at Gatwick. and therefore its range of airlines and their networks, will be significantly expanded with an additional runway.

“Gatwick slots have been and are still readily available now which would allow long haul airlines to move to or expand at Gatwick.

The airline started flying from Gatwick in 1999 and now has 57 aircraft operating on more than 105 routes.

In response a spokesman for Gatwick Airport claimed easyJet’s decision was based on its own interests rather than what is best for the country.

He said: “We understand that easyJet might take this position in it’s best commercial interests.

“The fact remains, however, that Gatwick offers the most efficient and lowest cost answer to the question of runway capacity in the South East.

“Heathrow is already the most expensive airport in Europe and expansion there can only drive up costs for airlines and passengers even further.

“This will deter low cost carriers from operating at Heathrow in the future, just as it has for the past 25 years since the low-cost revolution got under way.”

He said; “So easyJet think that Heathrow is a better option for them, even though landing fees are currently £22 per passenger as opposed to £9 at Gatwick’

“If Heathrow gets its runway, then landing fees will be at least £38 (possibly £35 to £40) which is far in excess of what easyJet are prepared to pay in their business model.

“This response is more about saying that easyJet don’t want to see more competition at Gatwick.”