Invitation to Public Engagement Event – Future of Health and Care

We would like to invite you to a discussion on the future for health and care services, and to help us prioritise changes and improvements that need to be made to ensure our populations continue to have the best possible care.

Now that the NHS Long-term plan has been published, it is the right time for us to talk with our communities about what the areas are that we need to focus on to ensure services remain sustainable and right for patients.

These discussions will build on what we have already heard through our “Big Health and Care Conversation” across the area, and help us think about how we use the available money for health and care in the best possible way: “We can do anything, but not everything”.

Our discussions will be focused on the FUTURE of health and care:
Facing up to our challenges
Understanding Need
Transforming services
Unwarranted variation – ensuring this does not happen
Resources and how we use them most effectively
Equality of access and care for our diverse population

We have a number of opportunities to join our discussions in person, and we will also be producing an online survey, in order to hear from as many people as we can.

To book a place at any of our discussions, please follow the links below:

To find out more, please email:

Please feel free to pass this invitation on to anyone else that you feel would be interested. 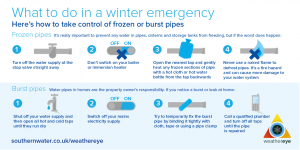 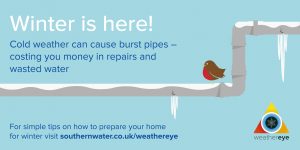 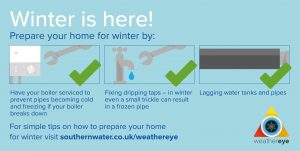 A majority stake in Gatwick Airport is to be sold to French operator Vinci Airports in a £2.9 billion deal. 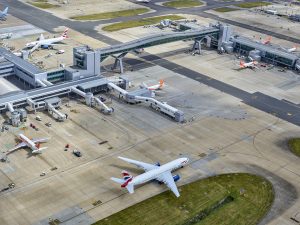 The French firm will buy 50.01 per cent of the airport, the UK’s second busiest, while the other 49.99 per cent will be retained by current Gatwick owners Global Infrastructure Partners.

Gatwick chairman Sir David Higgins today described the move as ‘a vote of confidence in Gatwick and its future potential.’

Announcement of the sale came just days after mass disruption was caused at Gatwick by reports of illegal drones invading the airport’s airspace. The airport came to a complete standstill and thousands of people had their travel plans cancelled.

Gatwick chief executive Stewart Wingate said the new deal with Vinci Airports would not mean any changes to the immediate running of Gatwick. He said he expected the transaction to be completed by the middle of next year.

“This is good news for the airport as it will mean both continuity but also further investment for passengers over the coming years to improve our services further. We currently fly to over 220 destinations around the world and are ambitious to do even more in the years ahead.”

He added: “While today’s announcement marks an exciting moment in Gatwick’s future, my team and I remain focussed on doing everything we can to. help ensure that travel runs as smoothly as possible for everyone over the rest of the festive period.”

Gatwick operates flights to more than 228 destinations in 74 countries for 46 million passengers a year. It generates around 85,000 jobs, with 24,000 of them at the airport itself.

In a draft masterplan revealed in October, Gatwick bosses set out proposals for growth including the routine use of the airport’s current stand-by runway as a second runway, along with retention of land to the south of the airport as a possible future third runway.

A public consultation over the masterplan runs until January 10th.

Protest group CAGNE (Communities Against Gatwick Noise and Emissions) says the sale announcement is another reason to oppose the Gatwick Masterplan.

The group is calling for people to object to the plan in time for the January 10 deadline for comments.

“This purchase by a French infrastructure company, Vinci, should send a strong message to communities oI Sussex, Surrey and Kent that they will be Seeking to grow this West Sussex airport, at any price to those on the ground that suffer the ramifications of airport, expansion said a statement from CAGNE.

“It has been clear from the outset that Gatwick owner’s pursuit to increase share price by the launch of their master plan for growth of this airport, was to benefit shareholders and not the local economy.

“Their plan to increase concentrated flight paths from the main runway ignores the impact these routes already have on the wellbeing of residents day and night; using the emergency runways as a second runway by the backdoor, and safeguarding the land for a third runway whilst the Government has been clear that they support Heathrow expansion as it links up with other Government major infrastructure projects.

“The Gatwick master plan has obviously been used to entice investors and would seem to have succeeded with today’s announcement.

“This new profit seeking infrastructure company will clearly be looking to implement growth to recoup their investment as GIP shareholders have obtained today whilst ignoring the lack of soft and hard infrastructure; the burden this airport already creates for the local communities, local authorities and those in a 30 mile radius that suffer the intolerable noise of aircraft now.”