Gatwick Airport has been accused of promoting its own business interests with ‘little or no concern for how its growth plans would affect the people of West Sussex.

The airport’s draft masterplan was discussed at a meeting of the county council’s environment, communities and fire select committee, in Chichester.

It lays out three possible expansion plans, including the conversion of the existing emergency runway into full-time use.

The council will be submitting a response to the masterplan as part of a 12-week consultation, which ends on January to, and members were asked for their views.

But they were left frustrated by the information available, calling the masterplan ‘vague’ and ‘lacking in detail’.

Lt Col George Barton (Con, Sompting and North Lancing) said the plan had more ‘ifs, buts and maybes’ than any report he had read.

Asking how members were supposed to criticise, support or weigh up what was in it, he added: “I find this position we’re in now almost impossible.”

He was supported by Heidi Brunsdon (Con, Imberdown), who said: ‘We simply have no details about this plan. “It is a marketing plan for the benefit of a private company who frankly, as I see it, are simply out there trying to promote their own business, with little or no concern about the West Sussex impact for our residents.”

When asked about the amount of detail in the masterplan, airport spokesman Russell Guthrie said: “We are following best practice and consulting people early on our intentions. “While ,this means that not all the detailed work has yet been worked up, more detailed plans, and a public consultation, are likely to follow if we pursue our plans to use our standby runway.”

The impact on residents in Crawley was a point made by Brenda Smith (Lab, Langley Green and Ifield East), who described the masterplan as ‘a second runway by stealth, and said expansion at Gatwick would be ‘absolutely disastrous’.

A number of issues were discussed by members, with concerns raised about sleep deprivation due to noise levels, damage to the local infrastructure from the increase in traffic, and the impact on the environment.

Committee chairman Andrew Barrett-Miles (Con, Burgess Hill North) said: “Growth of business is a good thing. It’s part of our West Sussex plan. But it can’t be at the expense of the environment, of people. There has to be a balance.”

There were also concerns that, if Gatwick was allowed to grow too large, it would suppress economic diversity in the area and lead to ‘significant economic issues’ for the county if anything went badly wrong.

Members suggested that the council could seek a new legal agreement with Gatwick, once the current one expires next year, to safeguard land south of the existing runway for at least 15 years, preventing the building of a second runway.

Mr Guthrie added that Gatwick’s plans could have a ‘significant positive impact on local people, with the possibility of 20,000 new jobs and £2bn in economic growth.

Gatwick Airport says it has reduced the number of residents suffering noise from Jets.

It says newer planes are up to 50 per cent quieter than older planes. 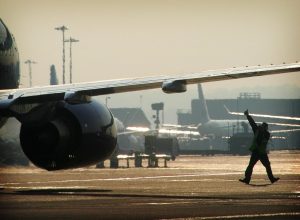 An airport spokesman said: “The area in the airport’s noise footprint, the standard measurement 52dB leq contour, has reduced by nine per cent since 2008 while numbers of flights in the last decade have grown nine per cent.

“This reduction has been driven by many of the airports new routes being flown by new generation aircraft, for example the Airbus A320-neo -aircraft which are up to 50 per cent quieter on departure than the current models which they are replacing.”

He added: “More recently Gatwick has focused on incentivising airlines to modify their current aircraft fleet. 97 per cent of the Airbus A320 family of aircraft flying from Gatwick, which account for half of all of the airport’s flights, have been modified to reduce noise.

“This modification was a significant factor in reducing the airport’s noise footprint by three per cent in the last full calendar year according to independent noise analysis by the Civil Aviation Authority, despite a three per cent increase in traffic over the same period.”

New generation aircraft, such as the Airbus A320-neo, will be phased in over the coming years.

Gatwick estimates around 30 per cent of its fleet will comprise new quieter aircraft by 2022, 60 per cent by 2027 and 90 per cent by 2032. Growth plans for Gatwick Airport – including controversial proposals for a second runway – were unveiled in October.

Three possible expansion plans are being put forward including the conversion of the airport’s existing emergency runway into full-time use which bosses say could create as many as 20,000 new jobs.