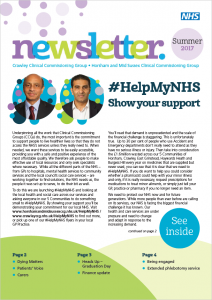 West Sussex Highways is preparing to upgrade seven junctions along Haslett Avenue in Three Bridges – and wants to tell the public all about it.

Residents and businesses are invited to come along to an extra public drop-in session at the Pound Hill Community Centre, Worth Road, Pound Hill on Thursday, August 31st, from 6pm to 9pm.

Engineers will be there to talk about the plans and answer any questions people may have about the scheme.

The Haslett Avenue junctions to be upgraded are:

Work is likely to start in the autumn and last for five months.

The project is part of the first phase of the Crawley Growth Programme, which is a partnership between West Sussex County Council, Crawley Borough Council, the Coast to Capital Local Enterprise Partnership and others.

If you cannot make the session, Three Bridges Rail Station will have information packs available for collection.

The leaflets will be available from Monday, August 21 until Monday, September 4.

For further information please contact the news desk on

NOTICE is hereby given that West Sussex County Council propose to make permanent Orders under the provisions of the Road Traffic Regulation Act 1984, the effect of which will be to introduce lengths of prohibition of waiting at all times (double yellow lines) on sections of St Mary’s Drive, Grattons Drive, Leighlands, Chaucer Road, Marvell Close, Herrick Close, Milton Road and Parkway and, a prohibition of waiting 10am-11am and 2pm-3pm Monday to Friday on Milton Road. 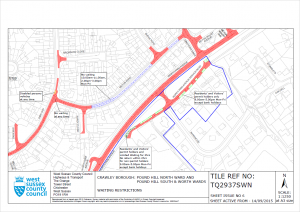 The consultation for this proposal will start on 9 August 2017 and, AT THAT TIME, full details of the proposal in this Notice can be viewed on our website

www.westsussex.gov.uk/tro. The website includes a response form for comments or objections.

Any objections or comments about the proposal must be received by 31 August 2017.
These may be sent via the response form on the website, in writing to: TRO Team, West Sussex County Council, The Grange, Tower Street, Chichester, PO19 1RH; or by e-mail to:

tro.team@westsussex.gov.uk. Library staff will NOT be in a position to answer questions on the proposal and all correspondence should be addressed to the undersigned, quoting the reference TRO/CRW1703/RC. Only correspondence including a full name and address will be considered.

West Sussex Highways is preparing to upgrade seven junctions along Haslett Avenue in Three Bridges – and wants to tell the public all about it.

Residents and businesses are invited to come along to a public drop-in session at the Crawley Library foyer on Wednesday, August 9, from 11am to 7pm.

Engineers will be there to talk about the plans and answer any questions people may have about the scheme.

The Haslett Avenue junctions to be upgraded are:

Work is likely to start in the autumn and last for five months.

The project is part of the first phase of the Crawley Growth Programme, which is a partnership between West Sussex County Council, Crawley Borough Council, the Coast to Capital Local Enterprise Partnership and others.

“It will be a significant leap forward in managing traffic flow along Haslett Avenue.

“Before any work starts we want to give the public the chance to see the plans, talk about the scheme and raise any concerns they may have.

“So come down and speak to us next Wednesday, our officers are there all day to chat and welcome the chance to speak with you.”

“Traffic will flow more freely and journey times will decrease while new crossings will make it easier and safer for pedestrians to cross busy roads.

“Please come along to the drop-in session to find out more and have your say on these proposals.”

For further information please contact the news desk on

Pupils at Forge Wood Primary School have left for the summer holidays knowing they will return to a new purpose-built building in September.

Forge Wood Primary School staff and students will start the new academic year in a new home after a while in temporary accommodation watching it develop across the road. 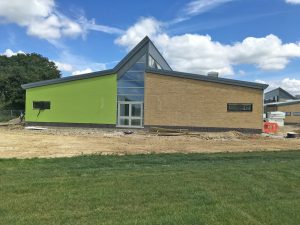 The new Forge Wood Primary is due to open in September

Jo Newton, executive headteacher, said: “We are really excited to be moving into our new school building. “The site is looking great and we can t wait to use the school facilities.’

She added that the children were enthusiastic about the move and already looking forward to the new playground and football pitches.

The first class of reception children was welcomed at the school last September and by 2022 Forge Wood Primary will be an all-through school to serve a new neighbourhood in Crawley, which is being built in four main phases over 12 years.

The new school building has been developed in conjunction with West Sussex County Council and developers Persimmon and Taylor Wimpy.

It was designed by Stride Architects and includes external and internal windows, to bring light to all areas of the school.

Landscaping provides external learning spaces including allotments, wild meadow areas, 3 pitches and a multi use games area for all sports.

Miss Newton said: “The amazing and unique design allows for the latest technology and innovation whilst making the most of the natural resources and local environment.

“Forge Wood Primary is a member of the multi-academy GLF Academy Trust and offers all members the chance to share resources and support in every aspect of school life.

“Establishing a new school within a new and growing community provides a unique opportunity for stakeholders to influence the vision and values of the school as it evolves.”

Do you have a story?
Email 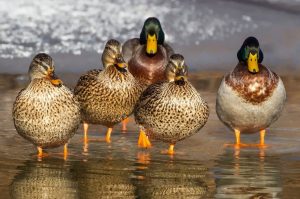 More than 50 ducks and geese have been killed at a Crawley beauty spot.

Desperate attempts to save the birds were made by rescuers at Worth Park Lake, but scores have perished. Others have been taken to a swan sanctuary at Shepperton.

John Potts of the Copthorne-based Swans and friends Bird Rescue said he feared the birds had been killed by botulinum toxins in silt in the lake’s water.

He and his wife Linda have been visiting the lake twice daily for the past 10 days after first being alerted to the disaster.

“We have just been removing body, after body, after body said John. “It’s been very stressful, obviously for the birds, but also for us. It has really taken its toll.” He was first alerted to’ the looming tragedy when a woman spotted a sickly coot. “Unfortunately, it had died when we got there.

We picked up two mallards at the same time and brought them back here and, luckily they survived.

“But since then we have been down there every day, checking on the birds and just removing dead bodies. We’ve removed in excess of 50 birds. It’s been very sad.”

He said he thought that there were now only a handful of ducks left at the lake and he called on Crawley Borough Council to de-silt the lake to avoid a similar disaster in future.

“It’s a natural thing when the water temperature rises, bacteria send out toxins which the ducks, especially, pick up.” Warning notices about green algae have been put up around the lake by the council.

Crawley MP Henry Smith said he was “deeply concerned” about the birds’ deaths and called on the council for an explanation of how it had been allowed to happen.

A council spokesman said: “Due to the recent hot weather and shallowness of Worth Park Lake, bacteria that can cause harm to animals and humans have grown in unusual numbers but this should now be reducing due to the change in weather conditions. Rainfall over the past few days will have also have helped to dilute the amount of bacteria in the water.

“We have put signage up around the lake to advise visitors not to allow children to play in the water and to prevent pets from drinking or entering the water at present.” 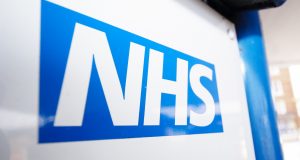 An investigation has been launched by the NHS into the authority which runs health services in Crawley.

The move follows NHS England placing the Crawley Clinical Commissioning Group into ‘special measures’ – and the resignation of its chief clinical officer.

The commissioning group – currently more than £5 million in the red – is responsible for paying for and monitoring health services in Crawley.

Dr Amit Bhargava resigned as its chief clinical officer last week at the same time as the group was put in special measures.

In a statement on Monday, a spokesman for NHS England South said: “In line with our assurance role to ensure good governance within CCGs, we have commissioned an independent investigation by Verita in relation to NHS Crawley CCG. The investigation is underway and it would be inappropriate for us to comment further.”

Verita describes itself as an independent consultancy for regulated organisations specialising in carrying out ‘objective investigations of complex and often sensitive issues in a thorough and progressive manner.’

Announcing its placement in special measures, Dr Laura Hill, acting clinical accountable officer at Crawley Clinical Commissioning Group, said: “Crawley CCG is facing significant pressures, which have continued as the demand for health and care has increased and people live with more complex conditions for longer.

“A great deal of work is already underway within the CCG to improve our position, including our Financial Recovery Plan; a robust and ambitious strategy to address our financial situation.

“Being in special measures will bring with it some additional support from NHS England, who we will continue to work closely with on our future plans, particularly around our finances.

“This latest rating shows the need to transform local health and care services, to reflect the needs of our patients.

“The East Surrey and Sussex Sustainability and Transformation Partnership that we are involved with, along with our partners, will be a key part of that.”

Meanwhile, it was announced that Dr Bhargava had resigned from the group, of which he had been a member of its governing body since April 2003, in a statement on Monday.

The CCG said that Dr Bhargava would continue to practice as a GP with Southgate Medical Group in Crawley. In his resignation – letter, Dr Bhargava said: “The NHS faces big challenges, with the need for new partnerships and collaborations, and it is right that the leadership is also new and takes charge of its destiny to create a great future.

“I know we will continue to form a positive vision for health and care services for the people of Crawley – we have great talent, experience and ambition within our town.”

Interim group chairman Peter Nicolson, added: “Dr Bhargava has led the CCG and its predecessor organisations with distinction and has pioneered work that has achieved national recognition and success. He has been instrumental in championing ways of helping people live well with dementia; assisting those who suffer mental health, crises and has done much to help the homeless and tackle the causes of social isolation.”

Notice is hereby given that the Nineteenth Annual General Meeting of PH(N)RA will be held on Tuesday 12th September 2017, in the North Hall, Hazelwick School, commencing at 7:30pm finishing before 9:00pm

Please note due to constrains with the room booking, this meeting will be finished before 9:00pm

We look forward to seeing you on the 12th September.