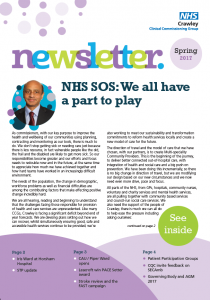 Worth Park in Crawley has three fun new additions.

Three life-size cows have been added to the meadow in the park, which has been funded by the Heritage Lottery Fund. 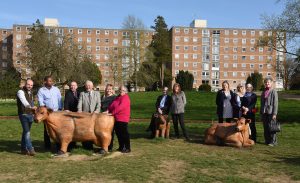 Three life-size cows have been added to the park. Picture: Jon Rigby

West Sussex based sculptor Simon Groves created the two adult cows and a calf in 2016 from a 180-year-old oak tree sourced from the Petworth Estate. 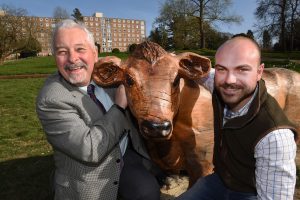 Cabinet member for Wellbeing, councillor Chris Mullins, said: “Simon has done a wonderful job, and the cows are a fantastic addition to the park.

“Since they have been installed, we have had some great feedback about them and I look forward to park users enjoying them for years to come.”

The cows were commissioned to emphasise the history of the park by highlighting the use of open parkland in the Montefiore era for grazing herds of prize-winning Jersey cows, which were a feature of the Worth Park landscape for many years, the council said.

In keeping with the history of the park, they are located close to the ha-ha, a walled ditch intended to be invisible from the house whilst keeping cattle from straying into the formal gardens.

For more information about Worth Park, visit

Fishing at the lake is now managed by Crawley Angling Society. It’s only available to members of the club – we can’t offer day permits. 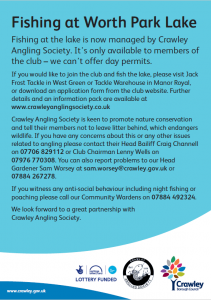 If you would like to join the club and fish the lake, please visit Jack Frost Tackle in West Green or Tackle Warehouse in Manor Royal, or download an application form from the club website (Membership Renewals 2017). Further details and an information pack are available at

Crawley Angling Society is keen to promote nature conservation and tell their members not to leave litter behind, which endangers wildlife.

We look forward to a great partnership with Crawley Angling Society.