Join in with a range of activities, including: – 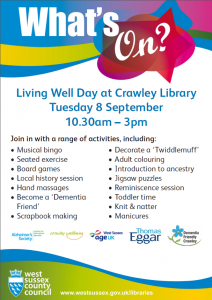 How The Proposed Gatwick Airport Would Look

Gatwick Airport recently published a 50 page document highlighting what Mr Wingate called ‘many omissions and basic errors’ that led the Commission to conclude that Heathrow not Gatwick, should be expanded.

Since then, Sir Howard Davies has released a statement saying: “This dossier appears to repeat many points which Gatwick made to the Commission in the course sf its work and which, unsurprisingly, were carefully considered.

“They did not alter the commission’s view that Heathrow’was the best option. Using colourful language, as Mr Wingate has done, does not turn weak points into strong ones, and does him and his company no credit.”

Gatwick Diamond Business (GDB) is still supporting Gatwick’s bid. The business group has written to Prime Minister David Cameron, arguing that the commission’s report, released at the start
of July, contains flaws’ which cast doubt on the deliverability of a new runway at Heathrow.

Their letter has been co-signed by 26 business leaders across the Gatwick Diamond region, including organisations based in Burgess Hill, Haywards Heath, Chichester, Crawley, Adur, and Worthing.

In the letter they expressed’disappointment’ at the commission’s’ findings, but were pleased to see the Government had committed to fully reviewing the report’s findings and evidence base before deciding whether to accept the recommendation.

It said: “We will continue to press for you and your Government to ultimately choose Gatwick, as we believe it to be the right choice for the country and for the region.’

The Government is due to make its final decision later in the year.

Hello everyone, GAL and Gatwick Diamond continue to campaign for the Government to ignore the Airports Commission’s recommendations for a third runway at Heathrow and opt for a second runway at Gatwick.

A number of our supporters have been feeding articles to the local press over the past few weeks but we need to continue this for at least another few months, so if you could please email or go online into the local press with your your views and responses to any of the “Pro Gatwick Runway” articles.

There are a number of different initiatives going on by other anti Gatwick 2nd Runway or noise groups that are taking the fight forward waiting for the Government to respond to the recommendations.

The Green Party are holding a conference on London on 12 September on the theme of No New Runway.

Brendon Sewell of GACC has agreed to speak on the basis that GACC is not Party political (nor is One’s Enough) and thus can’t support the Green Party but that he personally can speak at any conference organised by any Party.

Despite your own personal political view point perhaps you may feel inclined to support the “Greens” in this matter and willing to take a photo of yourself/yourselves with the banner attached at locations special to you and either already or potentially blighted by aviation. 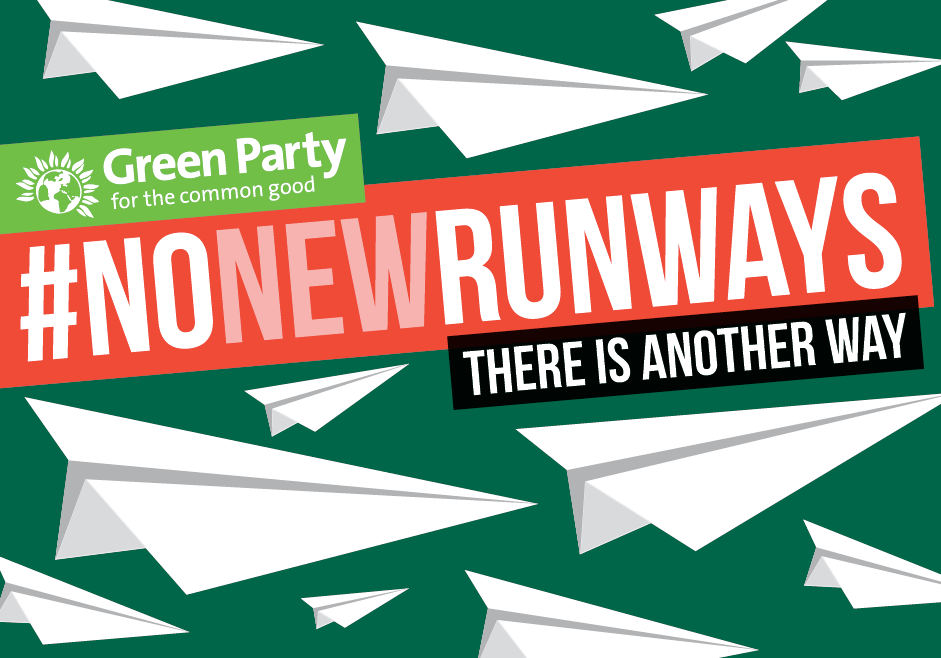 You can upload your photos at

Additional general information and articles can be found on our website
Once again, thank you all for your support.
One’s Enough

Your support and donations are critical to the undertaking and success of this campaign, Contact us at

www.facebook.com/onesenoughgatwick
to support the campaign and offer help.

Donations may be made by sending a cheque payable to “One’s Enough” to One’s Enough c/o 23, Fitchet Close, Crawley, RH11 7PY. Cash donations may also be made at the meeting on 24th July.

Ones Enough – Crawley’s campaign against a second Gatwick runway led by a cross party group of local councillors, supporting a One Runway, Two Terminal Airport with Spare Capacity

A Gatwick Airport advert has been banned for containing “misleading” information. The advert, which appeared in magazines and on posters, promoted the expansion of the airport.

Three issues were investigated by the Advertising Standards Agency (ASA), of which two were upheld’and one was not upheld.

The magazine ad stated “320,000 additional people will be affected by noise from a new runway at Heathrow compared to 18,000 at Gatwick”.

Small text at the bottom of the ad stated: “Heathrow already flies its planes over central London. Choosing to build a new runway there isn’t exactly going to be music to many peoples ears.”

The ASA said the use of the word “additional” could be misinterpreted to mean the number of people newly affected by expansion, on top of those currently affected.

Two of the complainants also challenged whether the comparison was verifiable because the ads omitted information about the specific source of the figures.

And two of the complainants challenged whether the ads omitted information about the flightpaths.

Gatwick Airport said the figures quoted were from the Airports Commission’s own analysis of the number of people who would be newly affected by Heathrow’s runway, compared to Gatwick, if it was chosen.

However the ASA said the comparison the airport made was- unclear.

Gatwick has confirmed the advert would not be used again but said the figures Were not in dispute, saying they disagreed with the ASAs assessment on how they were presented.

Gatwick bosses also made “no apology for highlighting the impact of a new runway at Heathrow.

The adverts appeared in magazines and posters. They claimed: “320,000 additional people will be affected by noise from a new runway at Heathrow. Compared to 18,000 at Gatwick.”

Five complaints stating the claim was misleading were made to the ASA. Two said the adverts did not cite the source of the data, making it impossible to verify the figures. Two said that they failed to mention that any new Gatwick flight paths would pass over rural areas, where the impact of the noise would be greater.

Responding to the first two points, Gatwick Airport Ltd said the figures had come from the Airports Commission’s own analysis. The forecasts dealt with the number of extra people at both airports who would be affected by noise by the year 2050 if one airport expanded, as opposed to how many would be affected if neither did.

Gatwick said this was the fairest way to assess the alternatives, since it compared two possible future situations, rather than comparing the future with the present.

There was an assumption that future technology would make planes quieter, therefore an airport that did not expand would be causing less noise pollution than it had in the past. The figures also assumed that’carbon capping’ would be a factor, and that aircraft noise policy would continue to focus on the number of people affected, rather than on how serious the effect was.

However, ASA’s ruling said readers would interpret ‘additional’ to mean the number of people newly affected by expansion, as well as those currently affected. “Therefore,” it said,’*we considered that consumers would believe that there was a large disparity between the numbers of individuals who would be impacted by expansion at the two airports – if Heathrow expanded,
320,000 more people, in addition to those already affected, would be impacted by noise, whereas only another 18,000 people would be affected by expansion at Gatwick.”

You have to laugh at them…..

Gatwick executives already admitting that there is already congestion for Gatwick.

Please note the improvements of the Gatwick station, partly funded by taxpayers’ money, is only to service Gatwick passengers not commuters who already suffer the congested railway single railway line that Can’t be Expanded Sorry Gatwick management ‘smart’ roads are not seen as safe by many and with the M23 having more than its fair share of accidents, ask anyone that travels the smart M25 each day now tiring it is as the lanes are so narrow and congested now.

This is all without a second runway and how disingenuous of Gatwick only to declare figures up to when the second runway would only just be finished but use projected growth figures to 2050 when it would be full.

Some thing does not add up as usual with the Gatwick spin.

‘More passengers arrived at the airport via the M23 a Gatwick spokesperson said’ ….yes that is because there are no rail links east to west.

Local authorities will have budgets cut again after the recent announcements by George Osborne so how can Sussex afford Gatwick 2 when they have current deficits with private housing projects? What investment, our counties have had the least investment for years in schools, health, so why should this change when Gatwick exports holiday makers out of the UK to spend money overseas, as the Commission says; Gatwick brings the least into the UK economy.

In the Transport for London Surface Access document of February 2015 highlights the fact that catalytic and freight have not been included in the Commission’s figures for surface access and is underestimated by some 25% at Gatwick.

It goes on to state that the Commission has included benefits of a number of uncommitted and unfunded airport access rail schemes.

With Gatwick having no direct links to Crossrail or HS2 and the fact that adding more trains, carriages, which is Gatwick’s plan, to an already congested single line would not ease the access demands on the roads around Gatwick which are already at breaking point and has no funding to improve unless the taxpayer pays.

Congested roads simply means more pollution outside our homes and schools as there is no funding for local roads. Unlike Heathrow that have included costings, Gatwick has not.

As Gatwick argue recently ‘onward surface access is not their problem’.

We already have issues of polluting in Sussex expanding Gatwick would only increase these as the roads become gridlocked.

The CEO of Gatwick Airport has said the costs of building a third runway at Heathrow were the same as building a new runway and terminal at Gatwick.

Gatwick CEO Stewart Wingate said: “It is no surprise British Airways have come out today against expansion. For the huge costs of a third runway at Heathrow you could build Gatwick have all the benefits and billions left to invest around the country.”

The Airports Commission has backed Heathrow for expansion instead of Gatwick, It published its recommendations in the Davies Report.

The Government is due to make its final decision later this year.

Mr Wingate added: “We also learnt today that – buried deep in the report – is the revelation that a third runway would reduce rather than increase domestic connections to the UK.

This blows a hole straight through the heart of Heathrow’s central claim to be the airport for the whole of the UK.

“Taken together with Heathrow’s own rejection of the environmental conditions and the expert view that the Davies air quality consultation is fundamentally flawed it is clear that that the Heathrow hurdles are’ higher’than ever. Choose Heathrow and it will be Groundhog Day – nothing will happen.” 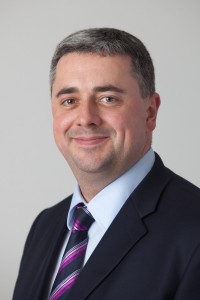 Notice is hereby given that the Seventeenth Annual General Meeting of PH(N)RA will be held on Tuesday 8th September 2015, in the East Hall, Hazelwick School, commencing at 7.30pm

We look forward to seeing you on the 8th September.

Please note: – the Annual General Meeting is for Members Only,
non-members will be required to join if they wish to attend. 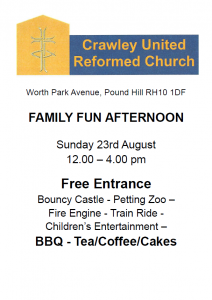