Business leaders threw their weight behind proposals for a second runway at Gatwick Airport citing the economic benefits it would bring to the next generation and beyond.

Sir Howard Davies, chair of the Airports Commission, led a meeting at the Arora Hotel, Southgate Avenue, on Tuesday (December 16) at which he heard evidence from parties for and against expansion.

The meeting heard from anti-expansion groups in the morning before turning the floor over to the business world in the afternoon.

Responding to claims from some that expansion would leave future generations with a legacy of concrete, noise and health problems, Christina Eubank, of the Alliance of Chambers in East Sussex (ACES) called for the other side of the coin to be considered.

She said: “There’s been a lot of talk about the future for our children.

“I’d like to ask the meeting to think about the young people who have been hardest hit by the recession.

“If you can support Gatwick Airport to grow, the chances of all of our children finding careers is that much better.

“This is a one-time opportunity and we need to grab it with both hands.”

Rosemary French OBE spoke on behalf of Gatwick Diamond Business in place of chief executive Jeremy Taylor, who was called away to a family matter.

Speaking for 19 organisations, including the area’s chambers of commerce, she said: “There is no question that the second runway will bring an increase in employment levels, particularly as Gatwick has a real impact on the local economy – 43 per cent of Gatwick’s operational spend is with local suppliers.”

The issue of employment had been raised earlier in the meeting with some questioning how thousands of new jobs could be filled in an area with such low unemployment levels.

Ms French said: “There is understandably some concern how these jobs will be filled.

“We have already seen the plans to develop public transport and the road infrastructure around Gatwick, which will allow other areas to rightly benefit.

“We can see employment opening up for those who live in real disadvantaged areas along the coast and into London.

“And while those employees are working here they will in turn spend money in the local area.”

Ms French was one of several business representatives who felt the meeting had been unbalanced in favour of the anti-expansion groups.

In a letter to the Observer, she said: “Out of 130 minutes of speeches, only 10 minutes was given to a business organisation to give reasons to support the runway.

“Ten minutes is not enough to adequately reflect the community of 45,000 businesses in the Gatwick Diamond, the largest majority of whom support a second runway judging by many surveys over the past year.”

Sir Howard defended the balance of the meeting and added: “For us these meetings are not just useful, they are essential.

“Unless we hear the points people feel most strongly about, we won’t make a good decision.” 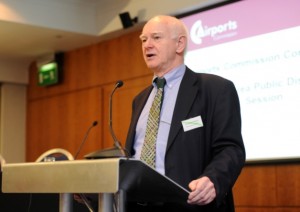 Concerns about noise, the environment and pressures on the area’s infrastructure should Gatwick be expanded have been raised with the Airports Commission.

Commission chairman Sir Howard Davies chaired a meeting at the Arora Hotel, in Southgate Avenue, on Tuesday (December 16) where he heard from residents, politicians and community groups.

Also at the meeting was Stewart Wingate, Gatwick’s chief executive officer, who was bombarded with questions and accusations from the floor about the airport’s proposal for a second runway.

Crawley MP Henry Smith reeled off a list of questions for Mr Wingate and asked him to explain how the area’s infrastructure would cope with the increase in population the airport would bring.

Mr Smith focussed particularly on the pressure such an increase would have on class sizes and GP services.

While acknowledging the positive aspects of Crawley being an airport town, he warned expansion would be “a fundamental change and impact on the community of Crawley”.

Crispin Blunt, MP for Reigate, took the concerns one step further, stating it was “highly questionable” whether the funding for the Gatwick proposal would be forthcoming.

Mr Blunt also asked how Gatwick planned to fill the thousands of jobs expansion would bring when the local unemployment rates were so low.

Responding to Mr Blunt, Mr Wingate pointed out jobs growth at the airport would happen over a long period of time. He added: “We’re not overnight going to simply create 22,000 new jobs. This will be a more gradual process over several decades.”

Mr Wingate also confirmed the building of a third terminal at Gatwick had been moved into the first phase of development.

The submission made to the Airports Commission in May had the terminal pencilled in for the second phase.

Among concerns raised from the floor was the noise impact for Crawley’s new neighbourhood, Forge Wood, which the meeting was told did not appear on any of the maps submitted to the commission.

Paul Garber, of Capel Parish Council, told the meeting two-thirds of the new homes at Forge Wood would be affected by noise.

He pointed out the noise protection area on the plans included noise bunds for Manor Royal but nothing for the area in which Forge Wood would be built.

Brendon Sewill, of the Gatwick Area Conservation Campaign, asked Mr Wingate how much money had been spent on Gatwick’s advertising campaign.

The figure was £1.7 5million but Sir Howard assured the meeting the money spent on the campaign would have no influence on the outcome.

Mr Sewill told Sir Howard: “The reason we are so upset is we think that putting an airport bigger than Heathrow down here would totally alter the character of this area for ever.”

The meeting was still in progress when the Observer went to press.

Has the aircraft noise bothered you this summer?

A 2nd Runway at Gatwick airport – what will it mean for Copthorne and surrounding areas?

Here is how the new flight paths would impact Copthorne and surrounding areas: 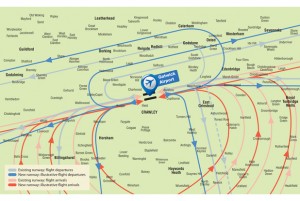 Come and hear why people are concerned about the 2nd runway proposal + why the noise increased this summer.

Complete our survey to let us know your views:

And Have your say!

Planning affects us all. The homes we live in, the places where we work, the open spaces where we relax and the roads we travel on are all a result of planning decisions that have been made.

Crawley 2030, our new Local Plan, is an important document which sets the way forward for planning the future of our town for the next 15 years. Once completed and adopted, the document will provide the basis for future planning decisions in Crawley.

supporting documents and evidence base are available to view online.

The Local Plan will now be subjected to an independent examination by the Planning Inspectorate.

A Programme Officer has been appointed to assist the Planning Inspector, all future correspondence relating to the public examination hearings should be via the program Officer.

Progress
Producing a Local Plan can be a complex process; however we have simplified it into a number of key stages. These are outlined in the table below so you can see where we are in the process:

For more details on the progress of the plan, please visit the Current Progress page, which goes through the completed stages above, giving you a more detailed picture of what has happened to date.

For further information please go to

www.crawley.gov.uk/crawley2030exam or contact the Forward Planning team by email: forward.planning@crawley.gov.uk or call us on 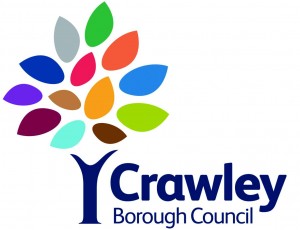