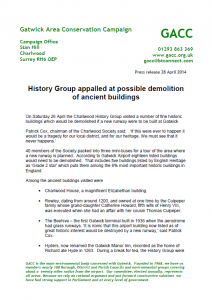 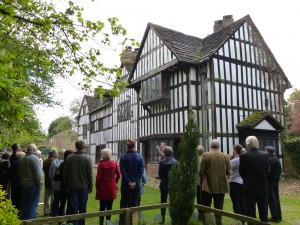 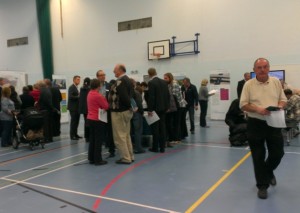 Campaigners opposed to a second runway at Gatwick Airport said its public consultations missed out key information about traffic management and plane noise.

Some 340 people attended the airport’s exhibition of its three options for a second runway, in Ifield Community College on Wednesday (April 9).

Plane noise contour charts were placed on tables at the event.

Mr Meakings said: “These [noise] charts are difficult to interpret in A3 format even if you have a magnifying glass and time to think about what you are seeing.

“These charts should have been displayed on presentation stands and had knowledgeable Gatwick Airport Limited staff to explain the contours and all aspects of noise measurements and impacts.”

Fellow campaigner Cllr Brenda Smith (Lab, Langley Green), said: “It’s showing us what they want us to see but doesn’t show the real extent of the encroachment to Crawley.

“There are no infrastructure plans here, and how they would manage traffic and the roads.

“We’re already congested and up to limits everyday and there’s nothing here about that.” 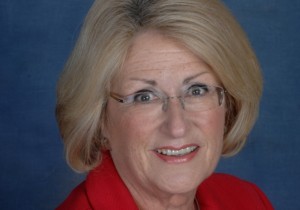 A spokesman for the airport said the consultation’s focus was the presentation of the three runway options.

The airport displayed them on boards and placed supporting documents, including information about plane noise, on tables at the meeting.

Some 10 airport staff represented the airport at the event.

The spokesman said: “The exhibitions aim to provide an overview of the proposals for a second runway.

“We would urge anyone who would like to know more to review the full consultation document and contact our consultation queries team if they need any assistance.’

For the consultation document, visit

Hundreds attend Gatwick events
AROUND 1,800 people attended Gatwick Airport’s four exhibitions of its second runway plans in and around Crawley and Horley.
Nearly 700 attended the first consultation at The Hawth on April 5. Another 340 attended in Ifield on Wednesday (April 9).
Around 360 went to the consultations in Rusper and Smallfield, near Horley. 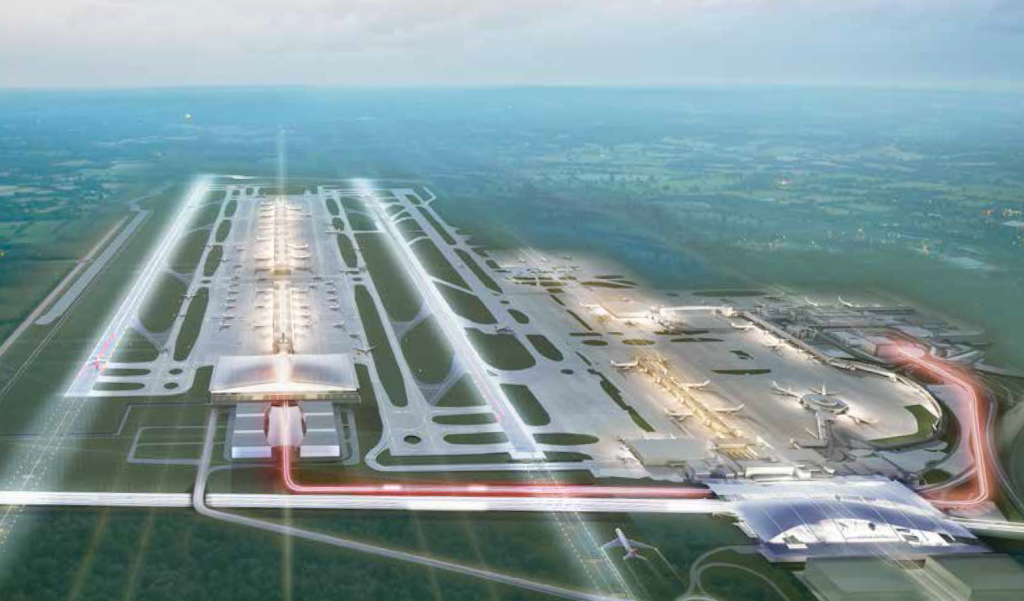 A MAJORITY of people questioned at a consultation on a second runway at Gatwick Airport strongly voiced their opposition, as anti-expansion groups petitioned outside.

Gatwick Airport Ltd held a public exhibition at Ifield Community College last Wednesday detailing its plans, if it is chosen as the Government’s preferred option for increasing airport capacity.

Visitors were provided with information on the three options for where an additional runway would be built. That included maps showing how an expanded airport would develop into parts of Crawley; how the major road network would change; wider transport schemes; the economic impact; and noise and environmental impacts.

The split in the room, which leaned heavily in opposition to the plans, was highlighted further when the Crawley News spoke to a selection of those present at random.

Of the ten people asked, seven were against the plans compared with three being in favour.

Janine Robins, director at Ifield Barn Theatre who lives in Langley Lane in Ifield, explaining why she is against the plans, said: “I feel this is the wrong place.

“The theatre is built in a conservation area and if a second runway is built it is going to be right under the path for takeoffs and planes circling over.

“How could we still hold weddings and shows with all that noise going on just above us?” Steve Mitchell, from Lavant Close in Gossops Green, was not persuaded to change his mind after visiting the exhibition and speaking to airport representatives.

He said: “I have lived in Crawley for over 20 years and I am completely against a second runway.

“There are already too many planes flying over Gossops Green at the weekends, creating too much noise.

“I have 15 a day at the moment and if a second runway means that doubles to 30, it will be disgusting and unbearable.

“Nothing will change my mind. Even if Gatwick offered me £20,000 in compensation a year I wouldn’t support it.”

One of the people most vocal in their support for Gatwick expansion was a 13-year-old deputy youth mayor for Crawley.

Hajid Hussain, from Langley Green, was representing the Crawley Young Persons Council, made up of 36 members aged 11 to 25, which is petitioning for a second runway to be built.

Hajid said: “I support option three (a wide-spaced runway which would accommodate arrivals and departures) and Gatwick also getting a new terminal.

“It will bring the most jobs which will help people my age and create an economic boost.

“There are disadvantages such as more pollution but I think there are more benefits.”

Mrs Graffham said: “I like to travel with my husband and we often have to go to Heathrow because Gatwick doesn’t fly to as many long-haul spots.”

Major road network changes would include the M23 Junction 9 being improved with a new slip road added to nearly double its capacity.

Part of a new runway would lie over the A23 so it would have to be diverted, separating local and airport traffic.

Balcombe Road would be diverted between Radford Road and the M23 spur road.

The Lowfield Heath Road and Charlwood Road route would be lost through expansion and a short diversion of the Ifield Road would be created, close to where it crosses the River Mole.

Once visitors had finished at the public exhibition they were invited to comment in a consultation document.

A cross-party anti-second runway campaign group called One’s Enough, originally formed in 2003, has been resurrected and petitioned outside the exhibition.

John Byng, from the group, said: “We have seen off three previous attempts to expand Gatwick and we are going to see a fourth fail.”

More than 1,000 people have attended the two airport consultations in Crawley.

A total of 340 residents visited Ifield Community College last Wednesday, while 690 went to The Hawth on April 5.

Anyone living in Crawley who was unable to go to either of those public exhibitions but would like to find out more about the proposals and have their say can visit any of nine still to be held.

The nearest is at the Haven Centre, in Crawley Down, on April 25 between 4pm and 7.30pm.

Where do you stand on a new runway?
Did you attend the consultation and find it interesting? E-mail your views to 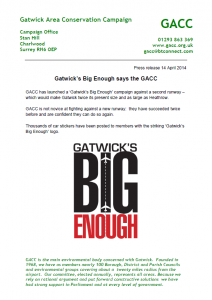 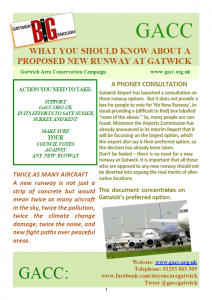 Volunteers shine during week of talks, tree and poppies
column by Let’s FACE it.
printed in Crawley Observer 16th April 2014

What an incredibly varied week this week!

From talking to the Crawley Horticultural Society to planting a native hedgerow, Let’s FACE It! has been incredibly busy across the town.

We had a lovely time at the Crawley Horticultural Society where Let’s FACE it! had been invited to give a talk to the Cottage Garden Society about its work and the plans for the gardens at Worth Park.

The talk appeared to go down well and lots of interest was shown in the planting schemes for the restoration of the park to its former glory.

Wildflower meadow seed sowing is in full bloom with the main event being the sowing of the Heroes Walk in the Memorial Gardens in the town centre. More than 220 people took part in the event with residents of all ages sowing a mixture of cornfield annuals and poppy seeds to mark the centenary of World War One.

After the seeds had been scattered a flag was planted in that section so that it was clear to everyone which sections had been sown and which ones still needed seeds.

We must say a big thank you again to a Band Of Brothers for the second week running for their help and support.

Each volunteer took away a small packet of Flanders poppy seeds to sow in their own garden with the compliments of Crawley Borough Council.

It began to gently rain in the afternoon and this will have hopefully given the seeds the best possible start. Germination should take about 21 days, we will be keeping a close eye on the wildflower meadows around Crawley and let you know how they are getting on.

At Worth Park some 20 volunteers, together with council staff, planted an amazing 420 native whips (small trees) in a couple of hours. We planted a wildlife-friendly mix of hawthorn, rowan, blackthorn, silver birch, hazel and oak, donated by the Woodland Trust, to create a new hedgerow at the back of the lake.

Everyone had a brilliant time on a lovely sunny spring morning and once we got into the swing of things there was an assembly line of adults and children digging holes, planting trees, putting supporting canes in and wrapping protective sleeves around the young trees. 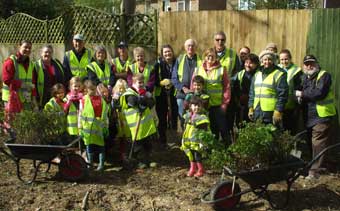 Volunteers at Worth Park

What You Should Know 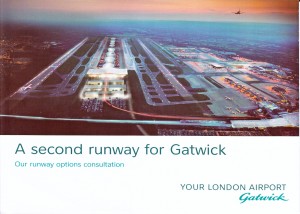 Despite Gatwick Airport Limited (GAL’s) pretence of THREE options, there is really only ONE option.

What You Can Do: 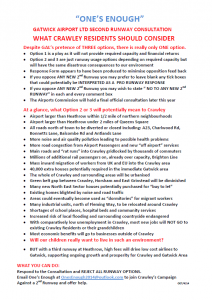 To join Crawley’s Campaign Against a 2nd Runway and offer help, email 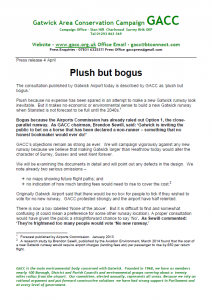