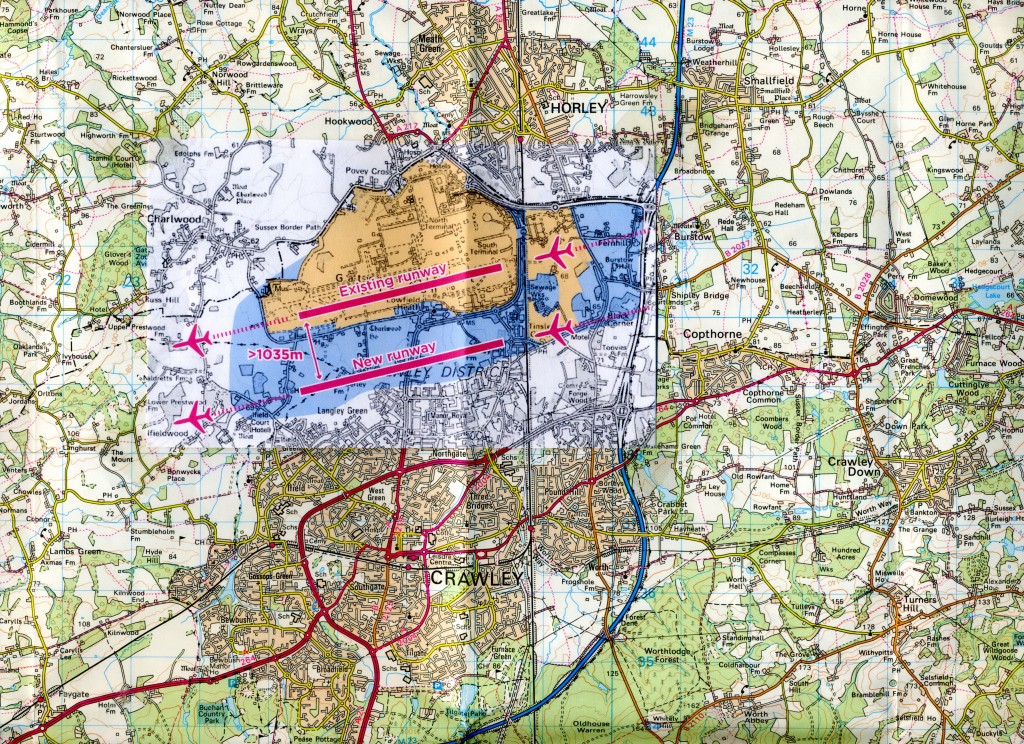 We are looking for volunteers to help with the wildflower seed planting in Pound Hill.

The location of the wildflowers within Pound Hill would be the Worth Park Avenue and Worth Road junction and the seeds are the be planted on 12 April at 15:00. 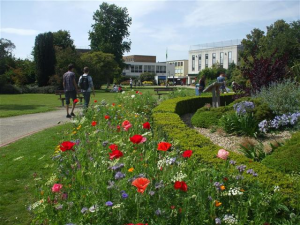 wildflower borders at the Memorial Gardens

Gatwick Area Conservation Campaign
What would a Second Runway
at Gatwick mean to YOU?

and economic benefits for who? mainly for new workers moving into the area, not for existing residents

Join Gatwick Area Conservation Campaign: www.gacc.org.uk
GACC is a volunteer organisation seeking to improve the environment around Gatwick, and to reduce noise and pollution. We believe that as long as runways lie partly empty all around London and to the North, there is no need to build a new runway anywhere in the South East.

The scale and cost of the infrastructure to support an airport potentially larger than Heathrow would mean a massive change to the character of the area, bringing urbanisation of green fields for many miles around.

GACC agrees with Friends of the Earth, Greenpeace, RSPB, WWF and other national environmental organisations that any new runway cannot be reconciled with the UK’s obligations under the Climate Change Act.

(1) According to a report by consultants commissioned by West Sussex County Council, Crawley Borough Council and the Gatwick Diamond business association.

Flooding is a complex issue – Gatwick Airport Ltd already recognise that their flood defences are weak in respect of the North Terminal and have plans to improve this. They may claim that holding ponds can be created so that transfer of rainfall into local watercourses can be delayed. Much was said on flooding by Stewart Wingate and others to the House of Commons Transport Committee recently. They will have their work cut out, though. Gatwick has a long history:

1936 The area was prone to fog and water logging as a result of poor drainage due to heavy clay soils(sound familiar). This in turn caused the new subway (from the then railway station) to flood after rain.

1937 As a result and because longer landing strips were needed, the pre – war British Airways moved to Croydon Airport. Gatwick went back to private flying

1946 Gatwick Airport was officially decommissioned but continued to operate as a civil airfield, initially for a six-month trial period. However, persistent drainage issues affected the airport’s usage.

1950 Despite opposition from local authorities, the Cabinet decided that Gatwick was to be an alternative to Heathrow.

July 1952: The Government said the airport was to be developed, primarily to cater for aircraft diverted from Heathrow in bad weather.

2013/14: flights from the North Terminal were severely disrupted by flooding.

Now try to imagine that huge area to the north of the existing runway was duplicated to the south. The runway alone is equivalent in area to 100 football pitches, so imagine how many more football pitches the hard standing for piers and taxiways occupy now, and how many more with another 100 pitch second runway, plus all the associated taxiways, new stands, terminal building/s maintenance sheds and hangers. The enormous area to the right of the “two runway” plan over the railway line is for new car parking. The existing car parks are often totally full in summer. This is a HUGE addition to the run-off area. Rivers simply cannot contain the quantity of water involved in the sort of deluges we have seen and will increasingly see in the future. Sending flood water downstream just passes on the problem. The purpose of a flood plain is to flood, holding water upstream. Gatwick’s flood water – coming your way soon, look out Ifield, and Langley Green.

Crawley Borough Council is a year into a five-year restoration project at the park, funded by a £2.42 million grant from the Heritage Lottery Fund.

Following work in the Victorian gardens, the project has moved on to nearby Ridley’s Court.

Built in 1882 for Sir Francis Abraham Montefiore, Ridley’s Court is the only surviving building from the Victorian mansion which once stood in the park.

It was originally a stable block, housing 18 carriages on the ground floor with an ornamental three-storey tower (formerly a clock tower) and a carriage arch.

Before being converted into homes, it was used as classrooms and dormitories for Milton Mount College, the girls’ school that occupied the main house and its gardens
from 1920 to the early 1960s.

Council contractors, Bolt and Heeks, will be on site until early May creating community rooms and exhibition areas as well as new toilets, storage and
an office.

They will also be supervising the restoration of the stonework and woodwork.

A council spokesman said: “The team has already uncovered some interesting original features including a brick floor, evidence of wood panelling and some original fireplaces.”

Once the work is complete, the council will base a participation officer at Ridley’s Court to liaise with schools and community groups, encouraging them to use the facilities in the park as well as volunteering for various projects and to take part in seasonal events.