A STONEWORK contractor has been appointed to carry out repairs to the historic features in Worth Park.

The next stage will see stonework repaired. A contractor was appointed on Monday and the work is expected to be completed by August.

In March work will begin on clearing trees Around the dam on the park’s lake.

Restoration work will then begin on Ridleys Court, opposite the park.

That should be completed by October.

From September, landscaping of the ornamental gardens and work on restoring the fountain to working order will commence.

A head gardener will be appointed at the same time, along with an apprentice, to maintain the gardens. 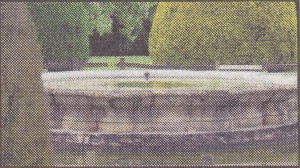