A TREE which would have been found in Worth Park when it was created in the Victorian era has been planted in recognition of the Queen’s Diamond Jubilee.

Pound Hill North Resident’s Association paid for the monkey puzzle tree to be planted and a plaque placed to commemorate the anniversary.

Alan Quine, chairman of the group, said: “We wanted to mark this very special occasion and were looking for a mature and distinctive tree.”

“it was suggested this was typical in Victorian parks and would have formed part of the original design.”

Mayor of Crawley Keith Blake was invited to lay the plaque underneath the tree last Wednesday (December 5).

At 1-5 years old and already more than three metres tall, the tree is expected to grow to a height somewhere between six and 25 metres.

Other trees in the park have been felled in recent weeks as part of a £3.4 million revamp so that the park will again lool like it did in its Victorian heyday. 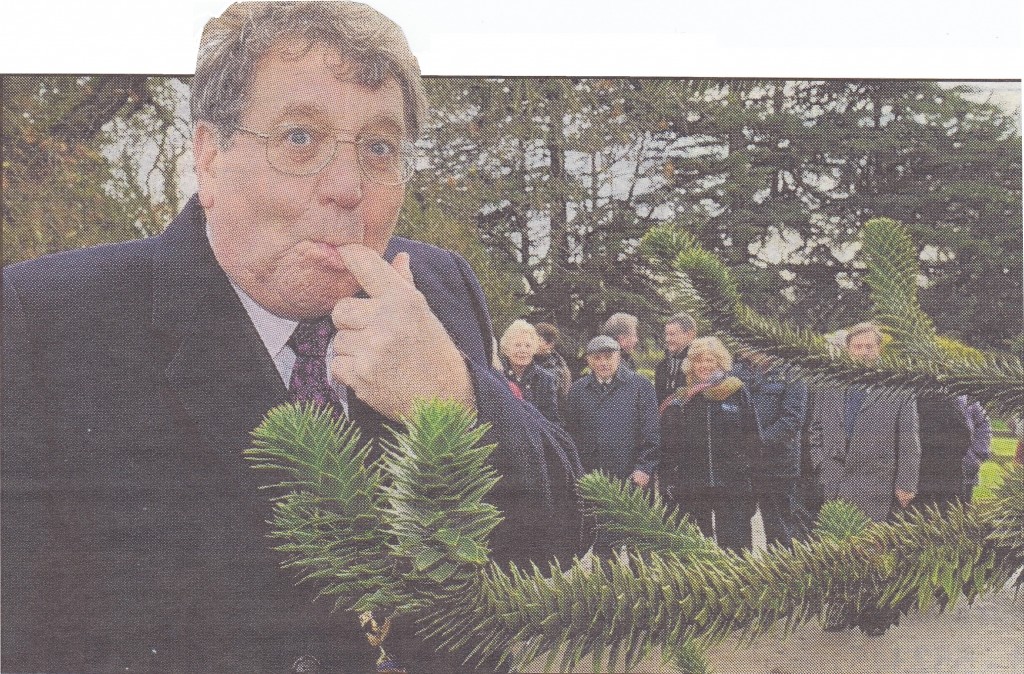 Monkeying Around: Mayor Keith Blake realises that the monkey tree has some sharp needles

Public Exhibition of the Proposal

As events detailing Crawley’s new neighbourhood in the north east sector of the town were so successful another one has been organised.

The developers Taylor Wimpey and Persimmons will be holdings another public exhibition on:

Everyone in Crawley, and particularly those who may be interested in the construction phases, are invited to find out more. The developers will be present at the exhibitions to answer any questions about the development. 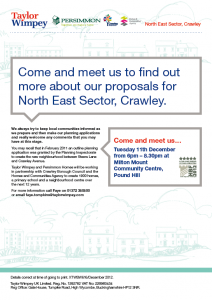