The Queen Elizabeth II Fields Challenge, operated by Fields in Trust, is a new campaign to protect 2012 outdoor recreational spaces in communities all across the country as a permanent living legacy of The Queen’s Diamond Jubilee next year.

The Challenge gives local communities an opportunity to vote for an outdoor space in their area to become part of the scheme and be permanently recognised as a tribute to the Diamond Jubilee.

Christian Harris (Head of Amenity Services) is putting together a range of initiatives to celebrate the Queen’s Diamond Jubilee next year, and as part of the celebrations has proposed six spaces in Crawley to become part of the scheme.

In selecting these sites, Amenity Services were keen to choose open spaces which are less well known, as a stimulus to these becoming more prominent and hopefully receive more public interest. It is also hoped that such recognition may lead to the setting up of their own ‘friends group’, if one does not already exist.

Grattons Park (in our area) has been chosen as one of the sites. The full list is as follows:-

All these spaces contain a mixture of open space, trees, rivers and ponds and are great places for wildlife and nature. We hope they will become just as important to the local community as some of our better known parks like Tilgate and Goffs Park.

To secure these important places for generations to come they need public votes, and CBC will be publicising this national scheme later this month. Voting is due to start on 18th October and lasts for four weeks.

Please go to www.qe2fields.com to see the nominations and cast your vote. Should sites receive significant interest, they will be dedicated.

Voting opens on Tuesday 18th October for four weeks, so cast your vote then to see our very own Grattons Park permanently recognised as a living legacy in the Queen’s Diamond Jubilee next year. 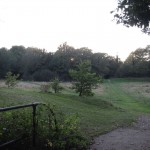 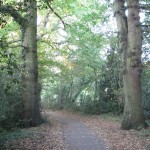 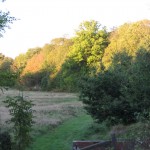